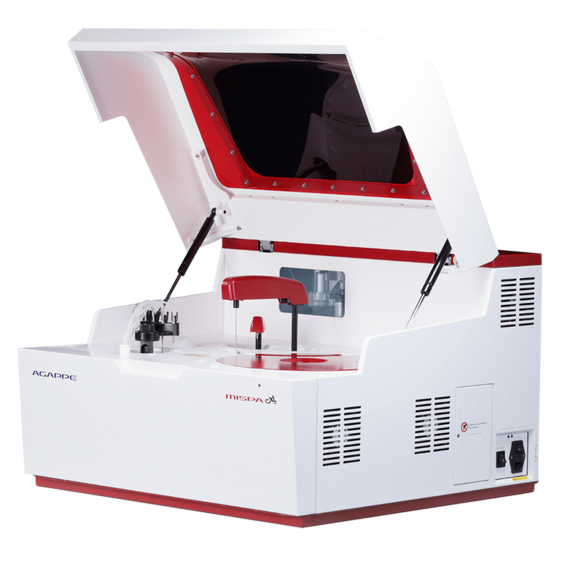 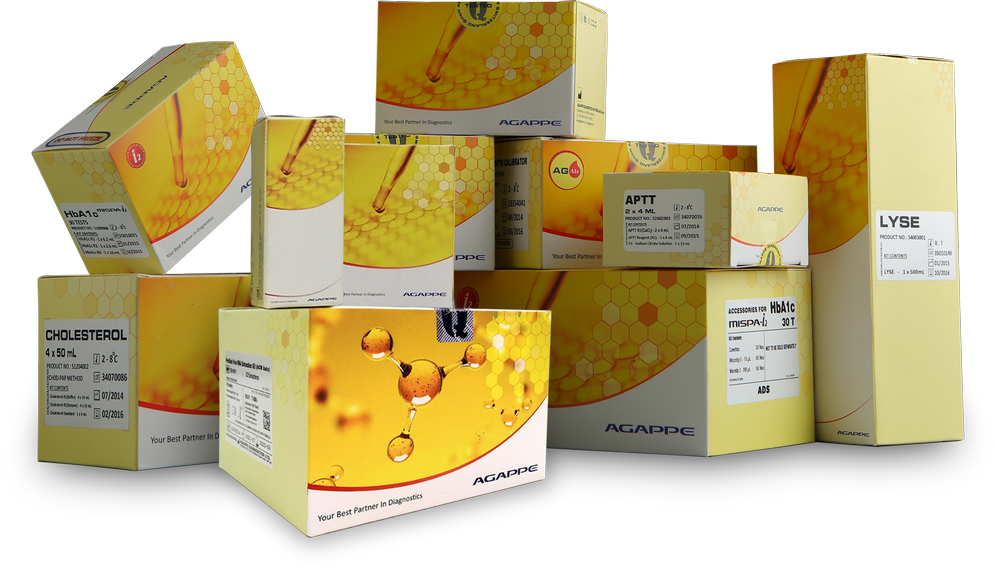 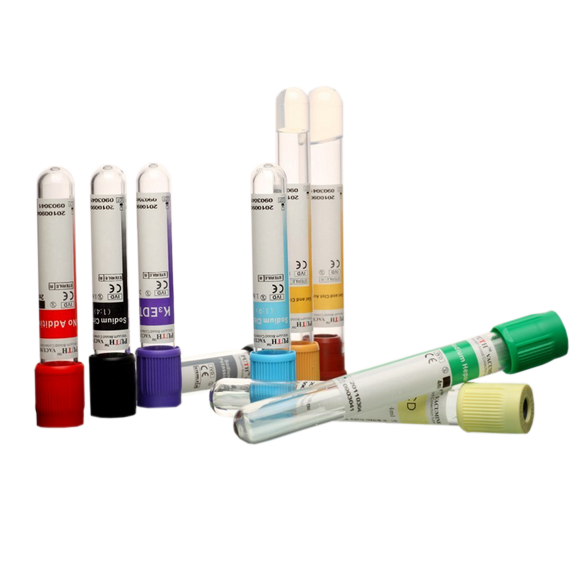 SERVICES
Unolab LLC offers its clients such services as installation of devices, the introduction of reagents into installed devices, initial consultation, and instruction, etc.
PRODUCTS 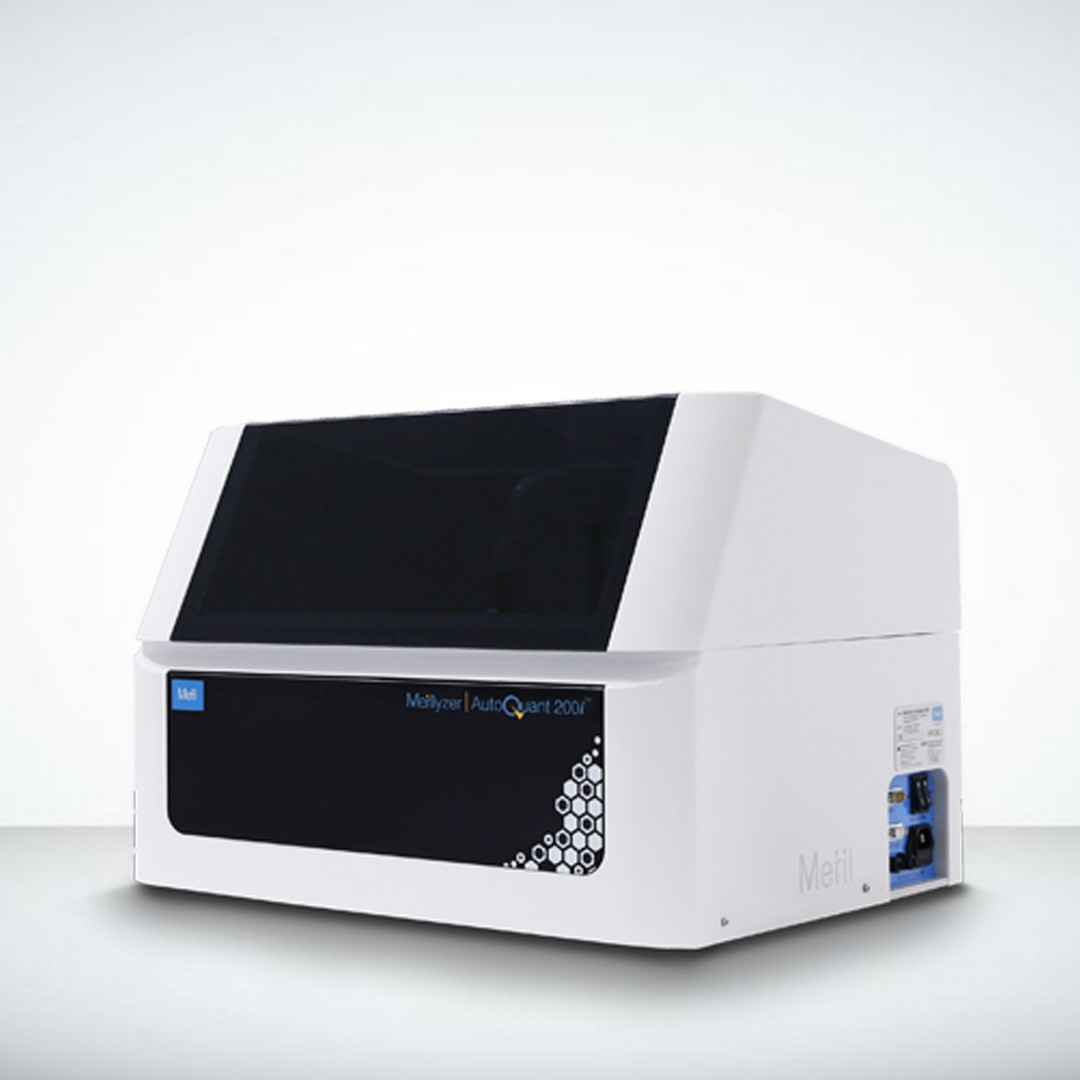 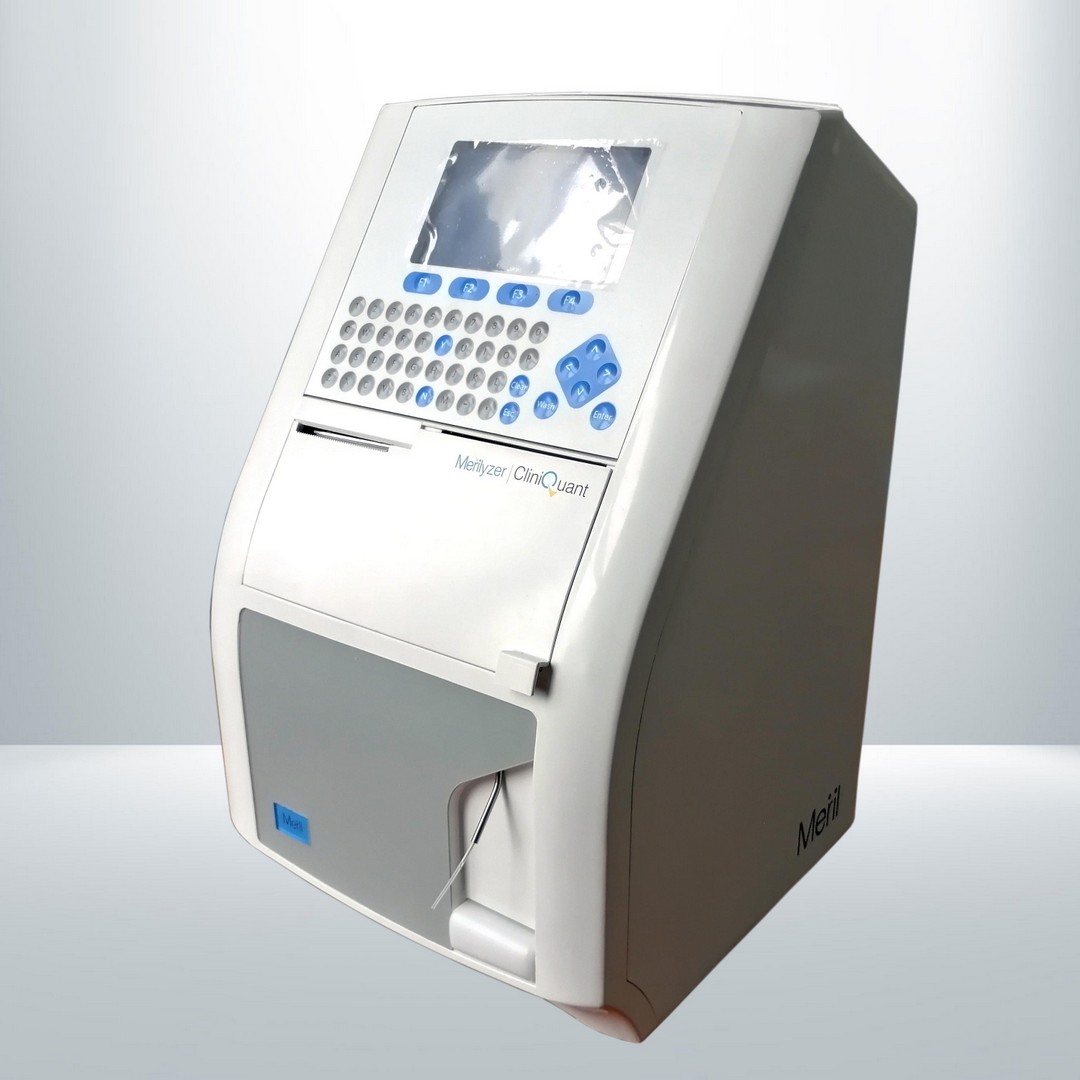 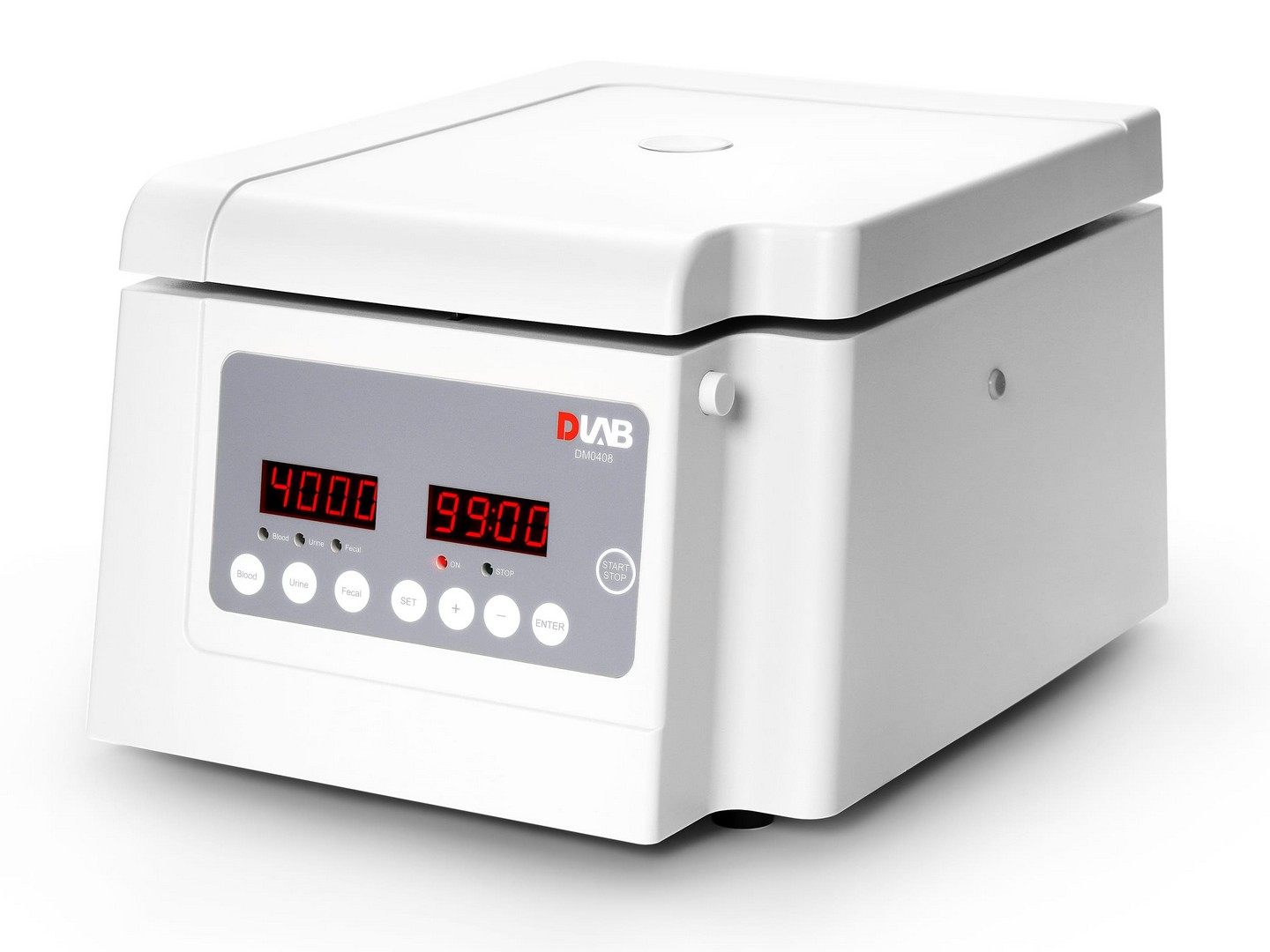 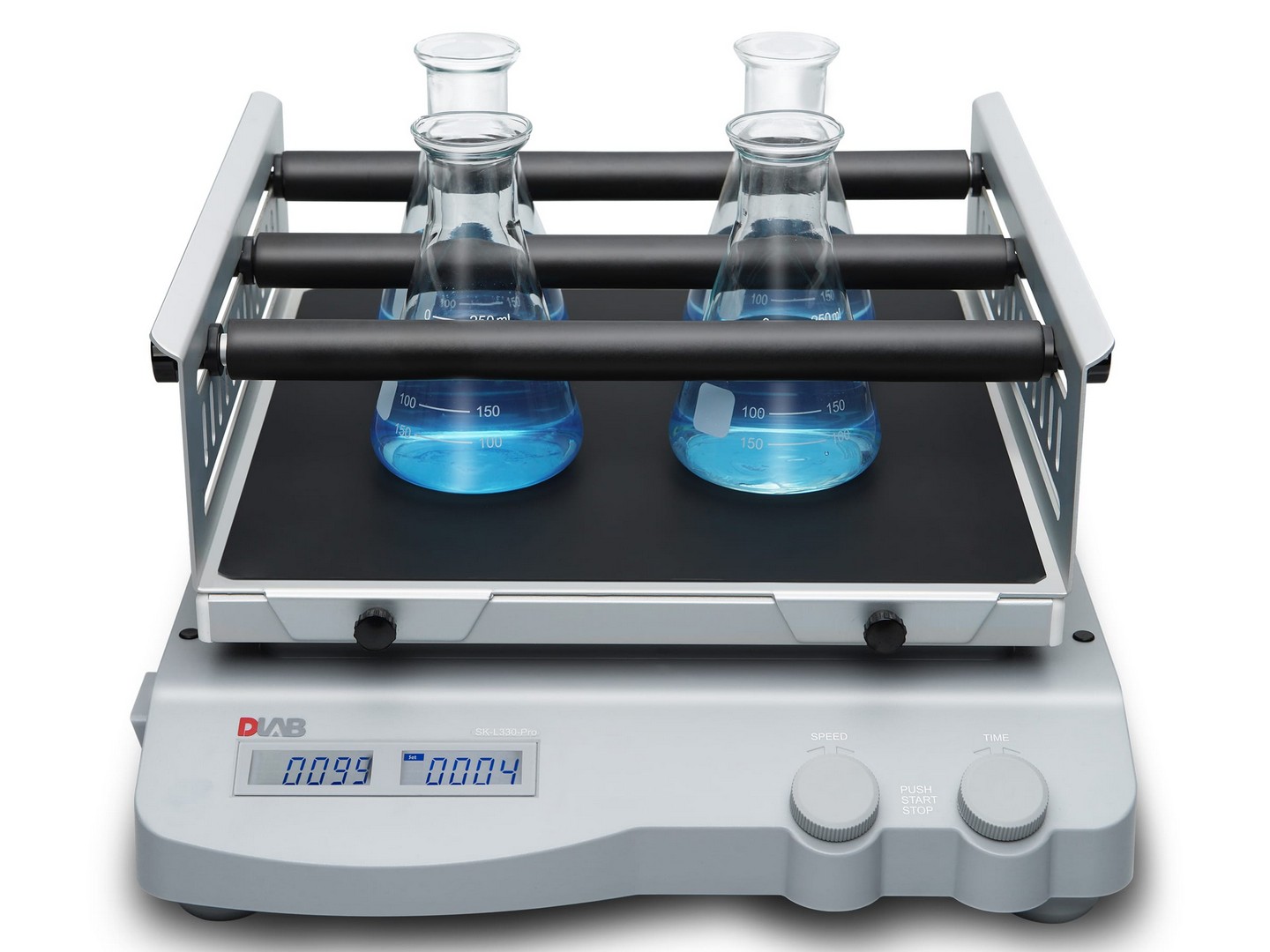 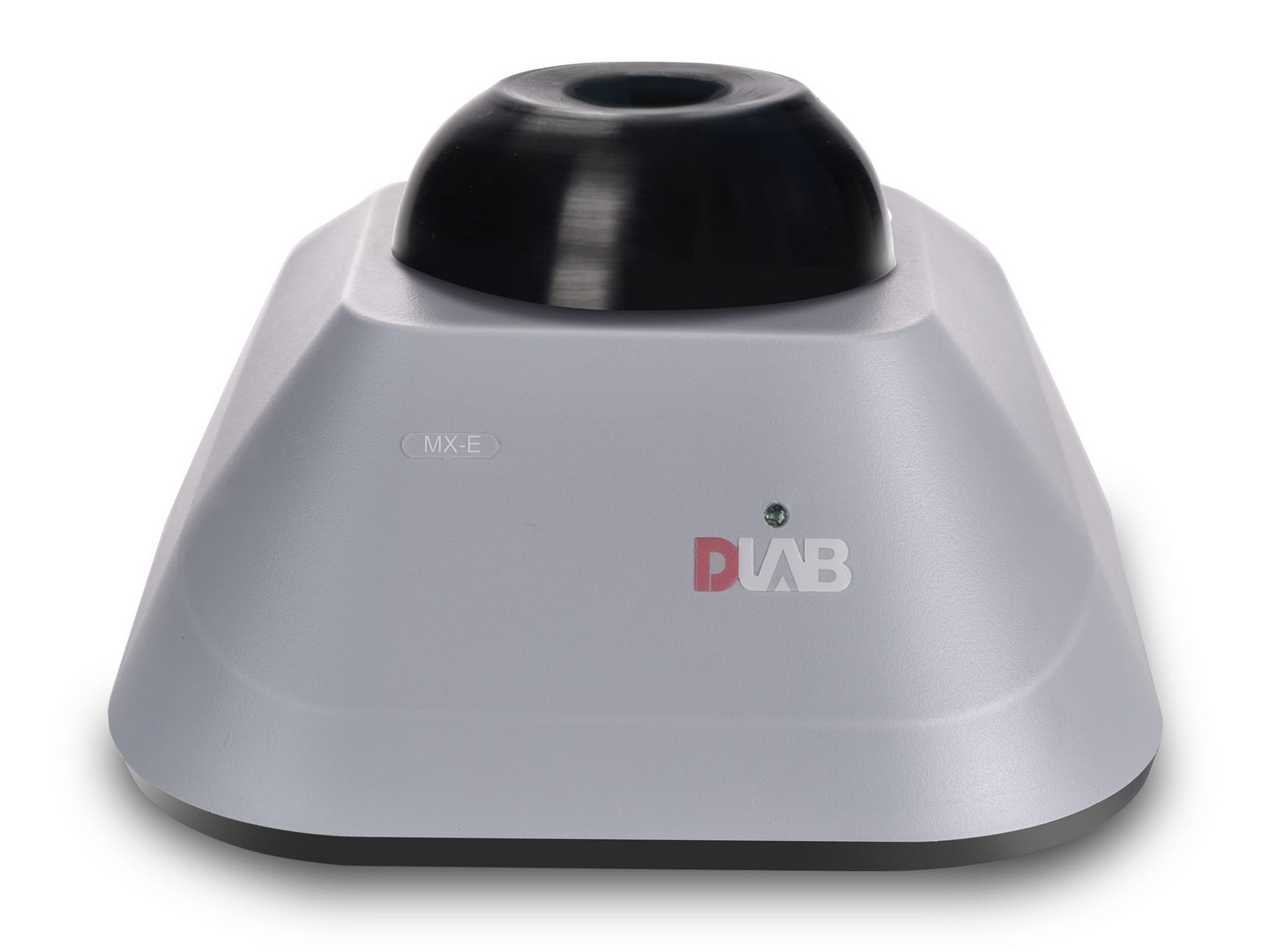 Measurement of PT:
PT reagent contains a source of tissue factor (also known as thromboplastin), phospholipids and calcium chloride. Plasma is warmed to 37°C. Pre-warmed PT reagent is added and the time in seconds for clot formation is measured The PT is dependent on the reagent and instrument used and will vary between laboratories .A normal PT is approximately 9-15 seconds.

International Normalized Ratio (INR)
The International Normalized Ratio (INR) was developed to standardize the PT to allow for monitoring of oral vitamin K antagonist therapy (e.g. warfarin) across different labs. The PT time in seconds is used to calculate the INR. Each lot of PT reagent needs to have an International Sensitivity Index (ISI) determined /assigned, which indicates how sensitive the reagent is to deficiencies in the Vitamin K dependent factors compared to the World Health Organization reference standard. The INR is the ratio of the patient’s PT value over the geometric mean of the PT (generated from a minimum of 20 normal volunteers) and raised to the power of the ISI of the reagent used to obtain the PT:
INR = (PT of patient / geometric mean normal PT)ISI
Activated Partial Thromboplastin Time (APTT) The APTT is used to assess deficiencies or inhibitors of the intrinsic pathway factors (Factors XII, XI, IX, VIII) and common pathway factors (Factors X, V, II, Fibrinogen).

Fibrinogen
The fibrinogen assay assesses fibrinogen activity. Hypofibrinogenemia is usually acquired due to loss of fibrinogen (e.g. bleeding), consumption (e.g. hyperfibrinolysis after traumatic injury, disseminated intravascular coagulation) or decreased production (e.g. severe liver disease). Other rare causes include congenital hypofibrinogenemia and dysfibrinogenemia (an abnormal fibrinogen). Fibrinogen is an acute phase reactant and may be non-specifically elevated with acute or chronic inflammation. Measurement of fibrinogen based on the Clauss method: The plasma is diluted with a physiological buffer, warmed to 37° C and a high concentration of thrombin is added. The thrombin cleaves fibrinogen to fibrin monomers which polymerize. The time in seconds for the plasma to clot is measured. The time in seconds is inversely proportional to fibrinogen activity which is obtained from a standard calibration curve. The longer the clotting time, the lower the concentration of fibrinogen in the sample
The Clauss fibrinogen activity is a standardized test as laboratories use a WHO calibrated plasma for the calibration curve. While there may be small differences in the reference ranges between laboratories, the reference range will be approximately 1.5-4 g / L.

D-dimer
A negative D-dimer can be used to rule out venous thromboembolism (VTE) in selected out patients (those with low to moderate clinical probability of VTE). Ideally, D-dimer should only be used as part of a validated VTE diagnostic algorithm. An elevated D-dimer is not specific to thrombosis and may be associated with a host of other non-specific diseases or inflammatory states (e.g. recent surgery or trauma, cancer, acute or chronic infectious or inflammatory diseases, disseminated intravascular coagulation, healthy elderly, normal pregnancy, etc.).

Measurement of D-dimer: There are several different assays available to measure D-dimer. These include qualitative (positive or negative), semi-quantitative or quantitative methods, such as ELISA (Enzyme Linked Immunosorbent Assay) or LIA (Latex Immunoassay) which use a monoclonal antibody to various epitopes of D-dimer. Quantitative D-dimer measurements obtained by the various assays are not standardized due to the variability in the monoclonal antibody used. D-dimer results must be interpreted based on the assay used. Reporting units vary between assays, e.g. DDU (D-dimer units) or FEU (Fibrinogen equivalent units).

The basic principles of coagulation
Hemostasis is a complex process in which multiple components of the blood clotting system are activated in response to vessel injury to control bleeding.

2. Secondary hemostasis = activation of coagulation factors and generation of thrombin:

4. Inhibition of coagulation = inhibition of thrombin generation and fibrin clot breakdown (fibrinolysis)
Inhibition of thrombin generation
• At the same time that a clot is being formed, the clotting process also starts to shut itself off to limit the extent of the thrombus formed.
• Thrombin binds to the membrane receptor thrombomodulin and activates Protein C to Activated Protein C (APC).
• APC combines with its cofactor Protein S which then inhibits Factors Va and VIIIa, slowing down the coagulation process.
• Thrombin bound to thrombomodulin becomes inactive and can no longer activate procoagulant factors or platelets.
• The endogenous anticoagulant, antithrombin inhibits the activity of thrombin as well as several of the other activated factors, primarily Factor Xa.

In terms of sensitivity, Liquid media is the most suitable for the isolation of small numbers of microorganisms. Nutrient broth, enrichment media and sugar media are good examples. Despites all the advantages of this media, Liquid media have some disadvantages such as

• It requires subculture on solid media especially when mixed growth is suspected. This is to isolate colonies separately for identification.
• Quantification of growth in liquid media is not possible.
• Bacteria grown in liquid cultures often form colloidal suspensions.
In the below represents the composition and uses of some common Liquid media in microbiology.

Semisolid media
This media contain a reduced concentration of agar (0.2–0.4%) which makes the medium semisolid, which facilitates spread of the bacteria in the medium.
Simple media
Nutrient broth and peptone water are good examples of simple or basal media
• Nutrient broth is a simple liquid medium that consists of peptone, meat extract, sodium chloride and water. An addition of 0.5% glucose to nutrient broth makes it glucose broth.
• In the other hand, nutrient agar is a simple solid medium. It is used routinely for isolation of many bacteria from clinical specimens.

Complex media
Examples of complex media includes chocolate agar, MacConkey agar, Robertson’s cooked meat (RCM) medium, Lowenstein–Jensen (LJ) medium, etc. These media are made up of some complex ingredients a mixture of many chemicals in unknown proportions). Complex media are undefined because their source of amino acid contains a variety of compounds whose exact composition are unknown.
The following are examples of ingredients found in complex media:
• A source of amino acids and nitrogen (e.g., beef and yeast extract)
• Water
• A carbon source such as glucose for bacterial growth,
• Various salts needed for bacterial growth, and

Defined media
This is also known as synthetic medium. All the chemicals used are known reasons why it is called defined media. It does not contain yeast, animal or plant tissue. Defined media are made up of:
• Trace elements and vitamins;
• A defined carbon source and nitrogen source required by certain microbes.
Glucose or glycerol is often used as carbon sources and ammonium salts or nitrates as inorganic nitrogen sources. A good examples of defined media includes Dubos’ medium with Tween 80 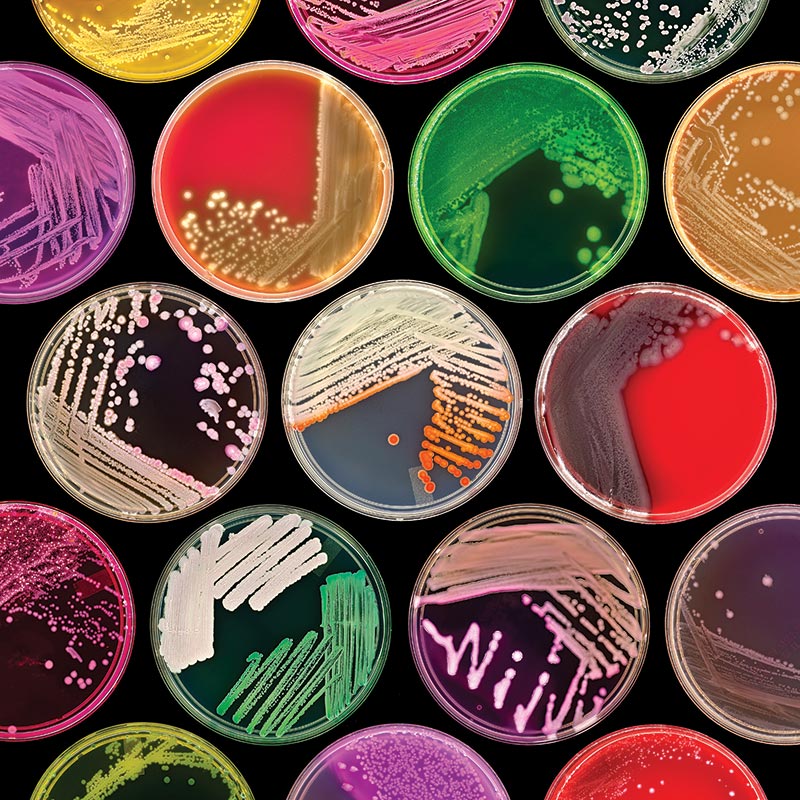 Types of Media Used in Microbiology-Part 1
The diagnosis of an infection in a medical laboratory mostly depends on isolating and culturing microorganisms in artificial media. Bacteria, fungi and viruses are cultured in either solid (agar) or on liquid (broth) artificial media. Koch was the first to use solid culture media and also developed the pour plate method. Gelatin was the solidifying ingredient used in preparing his culture. Despite its advantages, it was not an ideal solidifying agent because it was digested by many bacteria and melted when the temperature rose above 28°C. Fannie Eilshemius Hesse, one of Koch’s assistants suggested the use of agar as a solidifying agent and a better alternative to gelatin. Agar was not attacked by most bacteria and did not melt until it reaches a temperature of 100°C as compared to gelatin. Another Koch’s assistants, Richard Petri, developed the Petri dish which is now used as a container for solid culture media.

What Are Some Common Ingredients of Culture Media

Agar (or agar-agar): It is the main ingredient or constituent used for the universal preparation of solid media. It is obtained from a variety of seaweeds the processed and transformed into powder or long shreds. Thechief component of agar is a long-chain polysaccharide. It also contains a variety of minerals such as calcium and magnesium, inorganic salts, a small amount of protein-like material and sometimes traces of long-chain fatty acids. Agar has no nutritive value and is not affected by bacteria growth. It hydrolyses at high temperature and at high alkaline or acid pH. It has a unique property of melting at 98°C and solidifying at 42°C when cooled.

Peptone: is an important source of nutrition for bacteria to grow and another important ingredient of culture media made up of a complex mixture of partially digested proteins or other protein materials such as such as heart muscle, casein, fibrin, or soya flour. Its important constituents are peptones, amino acids, proteoses (such as pepsin, trypsin, or papain), inorganic salts such as phosphates, potassium and magnesium, and certain accessory growth factors, such as nicotinic acid and riboflavin. Commercially available digest broth or peptones and meat extract (Lab-Lemco) can be used since they’re good sources of protein.

Malt extract: It is made up of starch, maltose, glucose and dextrin. It also contains about 5% of proteins, protein breakdown products, a wide range of mineral salts and growth factors.

Blood and serum: Mainly used for the enrichment of culture media.

Types of Culture Media
Culture media have been classified in several ways. One of this are
Based on phases of growth media

In such media, agar is used as a solidifying agent. This is done by varying the concentration of agar thus making the medium either solid or semisolid. Solid media is somewhat less sensitive than liquid media but provides isolated colonies that can be quantified and identified and also ease the identification of some microorganism on the basis of their colony morphologies. Nutrient agar is good example of solid media. It is prepared by adding 2% agar to nutrient broth. Other solid media include Eosin methylene blue agar, chocolate agar, MacConkey agar, etc. 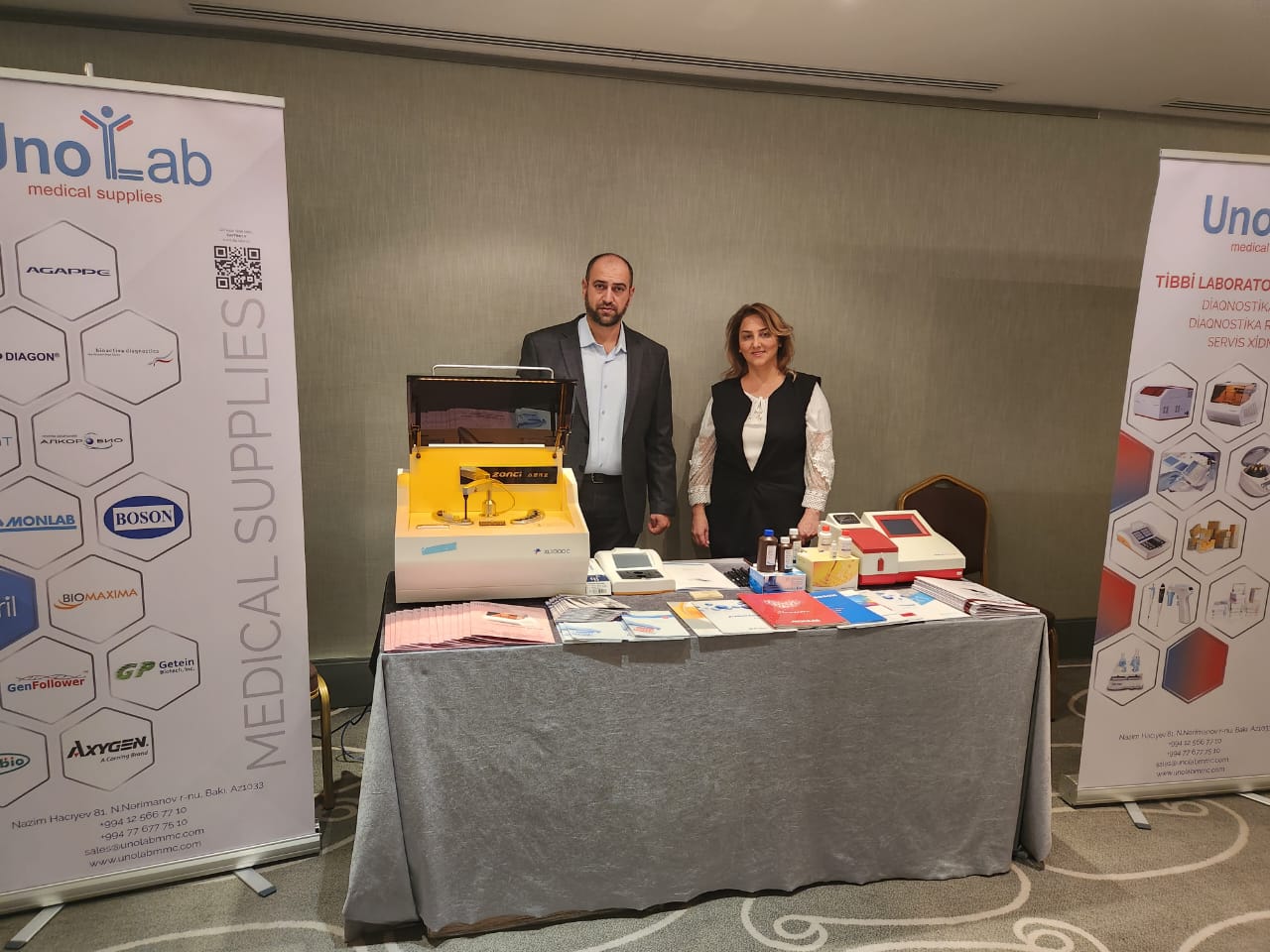 Doctors, laboratory technicians and other conference participants who approached the stand of "Unolab" LLC, which participated as a sponsor in the conference, were given detailed information about the company's products and services. 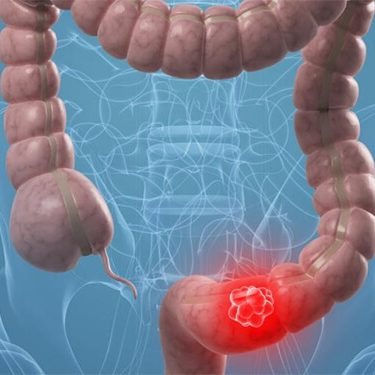 FOB RAPID TEST
FOB Rapid Test is an immunochemical test device designed for the qualitative detection of occult blood in feces for use in laboratories or doctor's offices. It is a useful aid in the detection of bleeding caused by a number of gastrointestinal diseases, such as diverticulitis, colitis, polyps and colorectal cancer. Fecal occult blood tests are recommended for use in:
1) regular physical examinations;
2) regular hospital tests;
3) screening for colorectal cancer or gastrointestinal bleeding from any source.

Unolab LLC offers its customers a wide range of FOB tests.
Back to content